The following was part of the original manuscript of The Magic of Greenkeeping but was axed by the puritan editor. The book has sold more than 16,000 copies including a Spanish translation and a second edition. It is still in print.

Many years ago, when I was a rookie superintendent, greenkeeping was quite primitive by today’s standards.  We cut the fairways with gang mowers, sprayed for weeds with 2-4-D and Agent Orange, treated dollar spot with PMAS, and snowmold with Caloclor.

Most primitive of all was the watering system. It consisted of many 100- ft. hoses with roller base sprinklers and a few snap-ons for the tees. The night waterman was a key employee during the heat of summer.  We named him “Gunga Din,”  after the water carrier in Rudyard Kipling’s poems. He required frequent supervision. 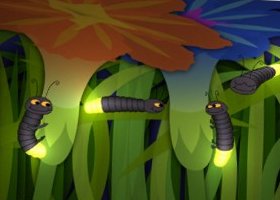 One moonlit night I decided to check on Gunga Din and the sprinklers. As I approached the course, I noticed a peculiar phenomenon: several dancing lights that were moving slowly across the fairways. I was puzzled. There had been a lot of recent talk of Martians invading our planet, and it occurred to me that I was witnessing something special.

I headed for the pump house, where I found Gunga Din fast asleep.  I shook him awake and asked him about the dancing lights on the fairways. He patiently explained that the light was coming from flashlights attached to worm pickers’ foreheads as they scoured the grass looking for night crawlers. Each picker also had tin cans strapped to their ankles to hold the worms.

I admonished Gunga Din to get going to change the sprinklers and that I wanted to see some action.  “Well,” he responded, “if you want to see some real action, you should check out the 17th green.” 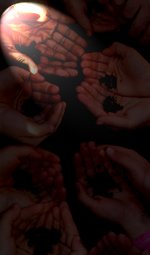 The 17th was a bowl-shaped green that golfers often three-putted and cursed loudly, but on this particular night it was peacefully quiet.  I approached the green by crawling on my hands and knees between the surrounding trees. There before my very eyes were a man and a woman actively engaged in sex. Soon after they reached their moment of ultimate bliss, the man handed the woman two cans of worms and was off.

Soon another fellow appeared and the action repeated itself, but I had seen enough and headed for the clubhouse parking lot to find the leader of the worm pickers. I found him near his trucks and asked if he had permission to pick worms. He explained emphatically that the manager had approved.

I then asked how many worms the pickers collected during a night’s work. He explained that on average about 5000, for which they were paid a penny a piece. But there was a female picker he added, who regularly exceeded twice that many.

“She must have nimble fingers,” he opined.

But Gunga Din and I knew better.